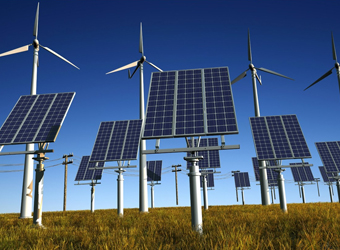 Egypt is ranked second among countries that have made the most progress since last year in transitioning to clean energy, according to the latest Climatescope annual report released by Bloomberg New Energy Finance.

Climatescope, which assesses 71 countries in emerging markets on their progress made towards clean energy transition and reports on clean energy investment, said that the most populous Arab nation has risen to 19th place, jumping 23 places from last year and becoming the second Arab nation in the top 20 after third-placed Jordan.

“Egypt’s significant progress was largely due to the surge in clean energy investment to some $745 million in 2016 from almost nothing in the preceding year,” the report reads.

The Climatescope report said that “Egypt has also improved its policies and enabling environment for renewable energy in the last year.”