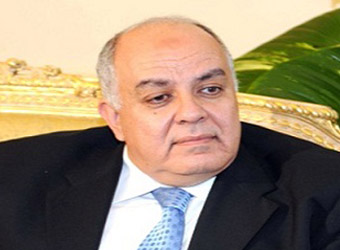 Egypt has sent on Saturday the International Monetary Fund (IMF) the final amendments and the full details of its economic reform program, the country’s  minister of planning told Amwal Al Ghad.

Dr. Amr Darrag, Egyptian Minister of Planning and International Cooperation, noted that the government is expecting within the upcoming period IMF’s respond to the country’s long-awaited US$ 4.8 billion loan request.

The minister expects that the cash-strapped Egypt and the international lender are likely to sign the loan agreement within weeks.

He has pointed out that the Egyptian government is determined to implement its economic reform program whether the IMF passes the US$ 4.8 billion loan or not.

“Not obtaining IMF’s loan will not make the government reconsider its budgeting for the fiscal year 2013-14.” Dr. Darrag added

It is worth noting that Egypt’s foreign reserves have reached US$16 billion by the end of last May, reporting an increase of US$1.4 billion. The growth in Egypt’s fx reserves were backed by the Qatari’s aid and the recently-signed settlement agreement with Orascom Construction Industries S.A.E. (OCIC.CA) to end tax disputes.

The loan, needed to help stabilize Egypt’s balance of payments and state finances, has been under discussion for two years but agreement has repeatedly been postponed by political unrest in the country and the government’s reluctance to commit to austerity measures.