Egypt: Tax on Wealthy Likely to Begin Next Year – Official 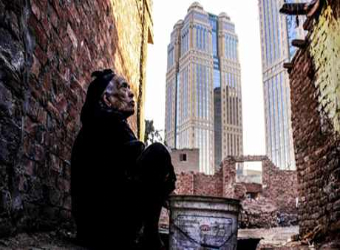 Egypt’s highly-anticipated tax on high earners is likely to come into effect next financial year, according to a tax authority official.

The Egyptian government is currently studying a proposal to increase taxes on high earners, as it seeks to cut a budget deficit that is set to miss this year’s target, the Finance Minister Hany Qadry Demian announced last month.

Egypt’s budget deficit in the fiscal year that ends in June is expected to be between 11 percent and 12 percent of gross domestic product, above the 10 percent target, Kadry said. The government aims to bring that down to between 10 and 10.5 percent next year, according to the minister.

Egypt’s economy has been hit by the escalation in violence and unrest that followed the July ouster of President Mohamed Morsi by the army, adding to the turmoil that has kept tourists and investors away since the 2011 uprising against Hosni Mubarak. The government has announced plans to boost public spending and the central bank cut its key interest rates three times in the second half of 2013 in a bid to spur growth.