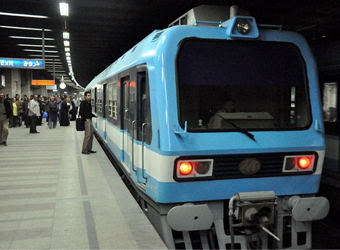 Egypt plans to double the price of tickets for millions of commuters on Cairo’s loss-making metro by 100 percent in 2018, Transport Minister Hisham Arafat said Sunday.

The new prices of metro tickets will be effective in 2018 to range between two, three, and four Egyptian pounds (0.112, 0.168, and 0.224 cents) depending on the number of the stations the passenger would use, Arafat further told local newspaper Al-Masry Al-Youm.