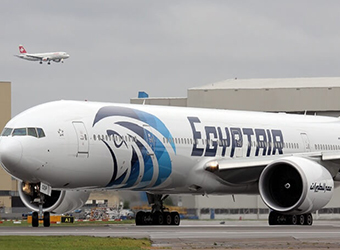 EgyptAir is to boost its fleet with the purchase of 33 new passenger jets, the airline’s chairman Safwat Mosalam said in a press statement on Sunday.

The new purchases will include a range of aircraft suitable for short-, medium- and long-distance journeys, in line with the company’s expansion plan, Mosalem said.

The company has a budget of 60 billion Egyptian pounds ($3.4 billion) for new planes, which will allow for the purchase of 38 planes in total, he added.

On Saturday, EgyptAir received the eighth Boeing plane as part of a 2016 $1 billion (EGP 18 million) deal to buy nine planes from the manufacturer.

The last plane in that deal is expected to be delivered by the end of this year, increasing the EgyptAir fleet to 68.

The 85-year-old airline has faced several challenges over the past few years, including disappointing financial results.

In May, Egypt’s civil-aviation minister announced that the company had lost around $777 million since 2011, but looks to turn its fortunes around.