EgyptAir lining up to resume Moscow’s flights on 12 April 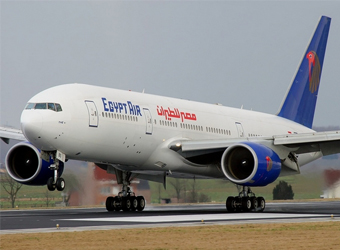 Flights will operate three times a week on Sunday, Tuesday and Thursday.

The announcement comes after Russia’s biggest airline Aeroflot said earlier this month that it would resume commercial flights to Cairo on 11 April, more than two-and-a-half years after Russian flights were suspended following the crash of a Russian airliner in Sinai, which killed all 224 people on board.

The flight suspension took a toll on Egypt’s tourism industry – a key source of hard currency – as Russian tourists have traditionally contributed strongly to tourism in Egypt.

Since the crash, Egypt has been implementing tighter security measures in its airports to meet Russian concerns, with the aim of restoring Russian tourism.

Another round of negotiations between Moscow and Cairo are set to take place in April to discuss resuming Russian flights to Egypt’s tourist destinations along the Red Sea.