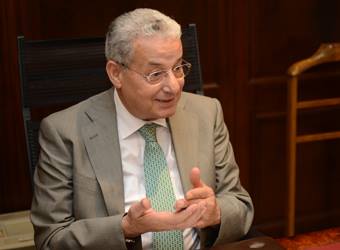 Egypt’s state-owned construction firm Arab Contractors (AC) says it has won a tender to carry out a new residential flagship in Kuwait, at a total cost worth 2.8 billion Egyptian pounds ($158.9 million or KD47.2 million).

The project will be established on a space of 391,000 square metres, said AC’s chairman Mohsen Salah on Monday, adding: “It (the new residential project) is to be executed within 30 months.”

Awny Tawfik, AC’s manager branch, added that the project is set to include the establishment of one mosque over 1,720 square metres as well as a number of service buildings, commercial shops, road works, and infrastructure networks, besides nine power plants.

Last month, Egypt’s Presidential Assistant for National and Strategic Projects Ibrahim Mahlab earlier inspected the works of this project, which is the biggest hospital in the middle East and it reflects cooperation between the two countries.

The hospital is established on a total space of 720,000 square metres. More than 3,000 engineers, technicians, and workers participated in this flagship.

Egypt in process to carry out 5 drinking water stations in Giza: Housing Minister

Egypt to float shares in 4-6 companies during 2018: EGX Vice Chairman