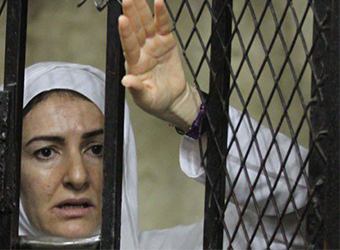 Egypt’s Court of Cassation ordered a retrial on Monday for Yasmine El-Narsh, who was sentenced to four years in prison for assaulting a policeman and drug possession at Cairo Internation Airport in 2015.

A video went viral in April 2015 showing El-Narsh arguing with a policeman at the airport after she was told she could not board the plane because she was late.

El-Narsh, who was attempting to board a flight to Hurghada, is seen in the video aggressively tapping a policeman’s chest with both her hands during an argument.

Shortly after the video went viral online, the interior ministry released a statement saying that drugs were discovered on El-Narsh when she was searched during the incident.

El-Narsh’s lawyer, prominent MP Bahaaeddin Abu Shoqa, argued before the court on Monday that the female airport employee who conducted the search on El-Narsh and found the hashish had no legal right to do so since she was not part of the police force.

Egypt to continue supporting Lebanon in all ways: Sisi