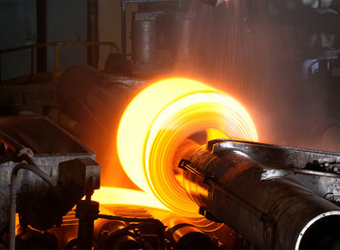 Egyptian Iron and Steel Company (HADISOLB), the country’s largest public companies, is targeting lower losses by 62 percent throughout the financial year 2017/2018, the company said on Tuesday.

HADISOLB turned into profitability during the second quarter of financial year 2016/2017, posting net profit of roughly 44.9 million pounds, according to the company’s unaudited financial statements.

El-Sharkawy said HADISOLB’s refurbishment plan includes a financial reform by increasing its capital through loans or current shareholders, and technical restructuring to outline the company’s upgrading production needs, said in a press conference following a tour to the company’s factory.