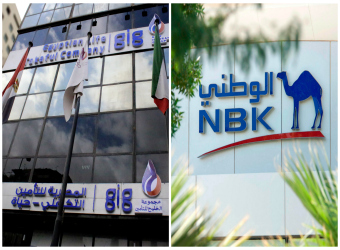 This is the first bancassurance partnership NBK Egypt has ever entered into since it started its operations in the North African country.

For GIG, NBK Egypt will be the fourth bank to enter this partnership with, as it signed agreements earlier with Bank Audi Egypt, Abu Dhabi Islamic Bank, National Bank of Abu Dhabi (NBAD), and Banque Misr through its Islamic branches.

Bancassurance has been allowed by the Central Bank of Egypt since 2013, after being previously suspended for five years.

Egypt sees 0.2% stamp duty on market transactions by May –official

Europe markets end on a negative note as earnings disappoint