Egyptian logistical center to be established in Russia: Official 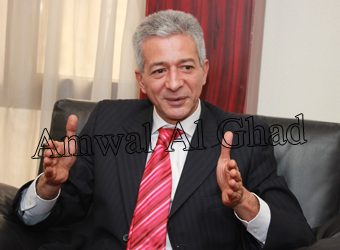 A feasibility study has been put together on establishing an Egyptian logistical center in Russia within two months as of now, Head of the Egyptian side to the Russian-Egyptian Business Council Alaa Ezz said

He told Amwal Al Ghad that the studies include the total investment expenses of the project and the total area needed to establish it.

The study with the Russian side will include finding the most suitable geographical site to establish the hub in Russia. Thus, it was not decided whether it will be set up in Moscow or in a border area, he pointed out.

The study was compiled by the Egyptian side to the council, the Federation of Egyptian Chambers of Commerce and the Arab-Russian Chamber, he added.

He also noted that the center is meant to provide Egyptian products on the Russian market.

Moreover, The Federation of Egyptian Chambers of Commerce, as well as companies that export to Russia, is set to finance the construction of the hub, which is expected to double Egyptian exports to Russia upon completion by the end of 2018.