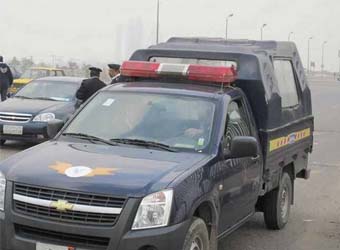 An Egyptian police officer was shot dead on Saturday in the city of Zagazig, the capital of Sharqiya governorate in the Nile Delta.
Lieutenant Colonel Mohamed Eid Abdel-Salam, who worked for the interior ministry’s National Security Apparatus – which handles political cases – was gunned down by unknown assailants while making his way to his car, said a ministry spokesman.

Prime Minister Hazem El-Beblawi was quick to comment on the assassination, saying it reflects the “bankruptcy of terrorist elements” and insisted terrorist attacks are nearing their end in Egypt.

Hundreds of police and military personnel have been killed since the ouster of Islamist president Mohamed Morsi by the army last July following mass protests against him.

Two senior police officers have been gunned down in a similar manner to Abdel-Salam in recent months; Mohamed Mabrouk in Cairo in November and Mohamed Said in Giza in January.

An assassination attempt against Interior Minister Mohamed Ibrahim in September was unsuccessful.

Militant Islamist group Ansar Beit Al-Maqdis has claimed responsibility for most of the major attacks against police and military targets, including the killings of Mabrouk and Said, and the attempted assassination of Ibrahim.

Historic Breakthrough In Egypt-Russia Relations. Towards A Strategic Shift?