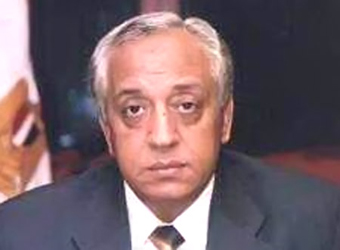 An Egyptian police brigadier-general was killed in bombings outside Cairo University on Wednesday, the Interior Ministry said.

There was no immediate claim of responsibility for the attack but Islamist militants have carried out similar operations in a fast-growing insurgency threatening the security of the most populous Arab nation.

Two bombs, planted among trees outside the university, also wounded five from the security forces who had been guarding the facility, the ministry said.

The government this week put the death toll from such attacks at nearly 500 people, most of them soldiers and police.

Analysts expect militants to escalate violence ahead of the May 26-27 presidential election.

Abdel Fattah al-Sisi, the general who toppled Morsi, is expected to easily win the vote.

Widely seen as Egypt’s de facto leader since he deposed Morsi, Sisi enjoys backing from supporters who see him as Egypt’s saviour.

But he is viewed by the Islamist opposition as the mastermind of a coup that ignited the worst internal strife in Egypt’s modern history.

It will be the second time Egyptians have voted in a presidential election in less than two years.

But in contrast to the 2012 vote won by Morsi, this election follows a fierce government crackdown on dissent that has included both Islamists and secular-minded democracy activists.

The Brotherhood, Egypt’s best organised political party until last year, has been banned and driven underground.

But tackling Islamist insurgents based in the Sinai Peninsula will be a far more daunting task for security forces.

They carry out nearly daily attacks despite army offensives against strongholds.

The attacks have spread from the largely lawless Sinai peninsula to Cairo and other cities, rattling Egyptians who have longed for security since a popular uprising ousted autocrat Hosni Mubarak in 2011.

“We expect trouble for the long term. How can the police protect us when they can’t even protect themselves. It is not possible,” said student Mohamed Abdel Aziz outside Cairo University after the explosions.

Video footage posted online showed a cloud of smoke hovering above the ground at a tree-lined roundabout. A loud blast is heard moments later, presumably caused by the second bomb.

Members of the security forces clad in black uniforms are shown moving away from the suspected site of the explosions and then advancing towards it with their weapons drawn.

Reuters could not independently verify the authenticity of the video, which was released by El-Youm el-Sabaa newspaper.