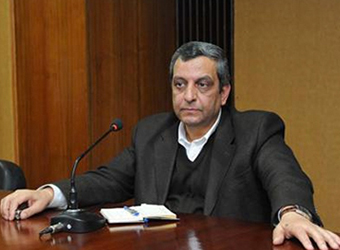 Egypt’s current Press Syndicate head, Yehia Kalash, declared in a statement Saturday his candidacy for a second term as head of the union, while currently waging a legal battle to overturn a two-year prison sentence on harbouring fugitive journalists at the syndicate’s headquarters.

“Based on what we achieved in the past two years and the upcoming challenges that await us en route to complete what we started and to ensure the continued momentum in the spirit of the union … I found it my duty to rerun for head of the syndicate,” Kalash’s statement to the press read.

Kalash is currently appealing a two-year sentence issued in November for harbouring two journalists wanted by police inside the syndicate in May 2016, a case many local and international rights watchdogs have called an attack on the press freedom in Egypt.

Journalists Mahmoud El-Sakka and Amr Badr were among many wanted on arrest warrants ahead of the 25 April 2016 protests against an Egyptian-Saudi Red Sea island maritime border agreement.

Badr and El-Sakka were arrested inside the Journalists’ Syndicate premises. They were later released on bail pending trial.

“I urge you to face the real problems … such as the new press law, the social and economic rights of journalists and to focus on changing the syndicate’s bylaws,” Kalash told reporters following the prison verdict.

“I did not allow all the repercussions, which you know well, to distract me from carrying my responsibility towards my colleagues’ wellbeing and to protect their rights,” Kalash’s candidacy statement read.

Last week, former head of the Press Syndicate Diaa Rashwan announced that he will also be running for syndicate head.

The union will hold elections for syndicate head and six board members 3 March, with the deadline for declaring candidacies 11 February.

Rashwan cited his candidacy bid as his duty to save the profession and the syndicate from serious pitfalls that resulted from stances that lacked wisdom and were made in the name of principle and policies by union leaders that did not appreciate journalists or honour their syndicate.