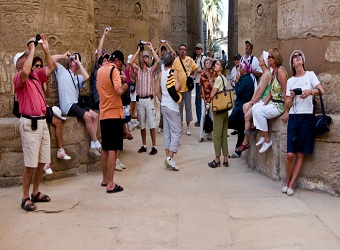 Egyptian Travel Agents Association (ETAA) will hold its ordinary general assembly today to elect a new board of directors for 2015-2019.

The board of directors which manages ETTA consists of fifteen members two thirds of them are elected by the general assembly while the remaining third is appointed by the Egyptian minister of tourism.

ETAA’s board of directors supervises the branches all over Egypt and coordinates with them.

Moreover, 52 candidates are competing to win the membership of 7 positions in ETAA and 77 candidates nominating to win 30 positions as representative for general assembly of ETAA.

Greece, Europe dig in on Bailout Terms after Syriza Victory

Gold struggles for Positive Ground ahead of Fed Meeting