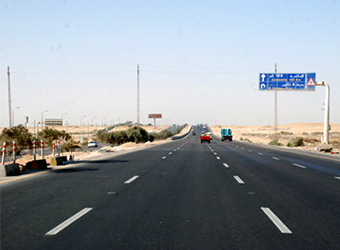 Egypt’s Meteorological Authority has warned of a wave of heavy fog this week, which could impair drivers’ vision during early morning hours.

The closed roads are set to be reopened after the fog lifts.

The traffic authority has increased the number of traffic police on roads affected by fog this week to facilitate safe commutes.