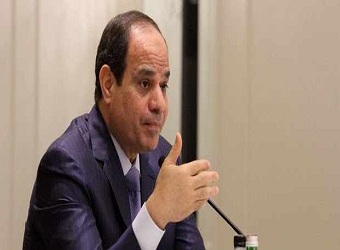 The administrative prosecution body sent to the presidency Saturday the names of three nominees to head the body, in the wake of the newly-ratified judicial authority law, according to a statement issued by the body.

The nominees were selected according to seniority, to head the body starting July, according to the statement published by the MENA state news agency.

The State Council, meanwhile, decided Saturday to call for a general assembly 13 May to nominate deputies to succeed current head Mohamed Masoud who is due to leave his position 19 July, MENA reported.

According to the new judicial authority law, the Egyptian president has the right to choose the heads of Egypt’s judicial bodies from three nominees proposed from within each body.

Egypt’s President Abdel Fattah al-Sisi ratified Thursday night a new judicial authority law passed Wednesday by the House of Representatives on a two-thirds majority, despite the law’s rejection by the Judges’ Club, which is similiar to a union representing the judiciary.

The Judge’s Club charged that the law violates the guarantee of an independent judiciary and a separation of powers as enshrined in Egypt’s 2014 Constitution.

The old judicial authority law stipulates that the heads of judicial bodies be selected based on seniority from within judicial councils and that the president simply ratifies those selections.

On Wednesday, the boards of several sections of the Judges’ Club, as well as the State Council Club, held urgent meetings to discuss their next moves, following parliament’s decision to pass the law.

Both the State Council Club and the Judge’s Club called on Sisi not to ratify the law.

The Judges’ Club also called for a general assembly 5 May to discuss its plan of action. Concerned members have already begun to compile a court case challenging the new law’s legality.