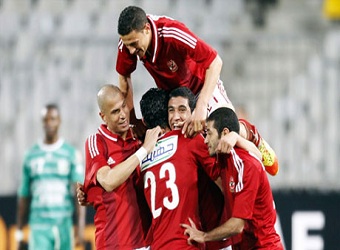 Twenty-seven-year-old Ahmed Al Salih has emerged as a realistic target for Al Ahly after the Egyptian Football Association passed on a rule to treat Syrian players as Egyptians a few days ago.

The player, who occupies the center-back position, has been contacted by Al Ahly officials for a potential move to the Red Devils but no deal has been reached yet, KingFut can confirm.

The Al-Arabi defender moved to Chinese Super League outfits Henan Jianye last January but has endured a tough time at his new club, making just four appearances for the team.

Al Ahly are on the lookout for a center-back to replace the recently-departed Ahmed Hegazi, who set sail to English Premier League side West Bromwich Albion.

The club have also been reportedly in touch with Smouha over a potential move for Mahmoud Ezzat.