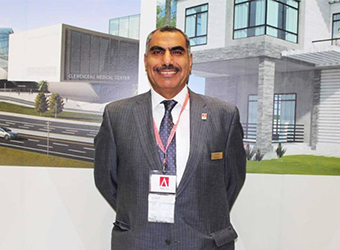 Egypt’s Al Arabia Real Estate and Development- ARCO says it plans to launch the third phase in Lavande project in Sheikh Zayed City, at the outskirts of Cairo, within the first quarter of 2018.

This phase, which will include 100 units, is with target sales worth one billion Egyptian pounds ($56.6 million), ARCO’s chief executive Ayman Ibrahim told Amwal Al Ghad on Monday.

“The company has marketed the first and second phases of the residential project,” Ibrahim stated, adding that ARCO is set to attain the ministerial decree soon to start executing the project that encompasses around 450 units.

“It is expected to sign construction contracts of 1.7 billion pounds in the company’s flagships,” the Egyptian official said, referring that 500 million pounds are directly allocated for Lavande and La Fontaine in New Cairo.

In addition, Ibrahim clarified that ARCO also seeks to deliver about 750 units at the end of 2019, including 250 units in La Fontaine and 500 units in City Stars Al Sahel in North Coast.