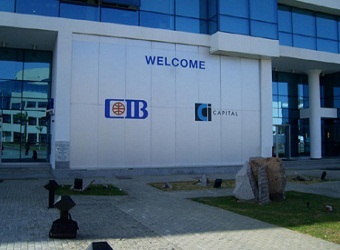 Egypt’s largest listed bank Commercial International Bank (CIB) said it is in talks with local and Gulf investors to sell a 70-80 percent stake in its investment banking arm CI Capital.

Sources with knowledge of the discussions had earlier on Wednesday told Reuters that CIB was close to finalising a deal, which would see it sell the stake to a group of investors, who would each hold a minority stake in CI Capital.

Banking sources estimated CI Capital’s market value at near 1 billion Egyptian pounds ($56 million) and said CIB had been seeking buyers for the investment bank after a sale to Beltone Financial, agreed in February, fell through.

One source familiar with the deal said it was likely to be completed “within hours”.

CIB, in a statement on its website, said that a number of prominent Egyptian and Gulf investors had expressed interest in acquiring 70-80 percent of CI Capital. CIB would maintain the remaining stake in the company.

“It is worthy to mention that the finalization of the transaction will be subject to the outcome of the current negotiations between the concerned parties and obtaining necessary regulatory approvals,” the bank said without giving further details.

The deal with Beltone Financial, part of billionaire Naguib Sawiris’s Orascom Telecom Media and Technology Holding, collapsed after it failed to secure approval from the Egyptian Financial Supervisory Authority due to issues relating to Orascom’s shareholding structure.

Sawiris said at the time that he planned to merge CI Capital with Beltone Financial to create one of Egypt’s largest investment firms.

“CIB wants to sell its non-banking asset as CI Capital does not generate much income for them … I think this time the deal will go through because the issues they faced that stopped the first deal are no longer a factor,” said Abu Bakr Emam, head of research at financial firm Prime Holding.

Beltone’s head of investor relations said on Wednesday that his firm had no information about CI Capital’s latest talks with potential buyers.

Soccer plane in Colombia crash was running out of fuel: recording