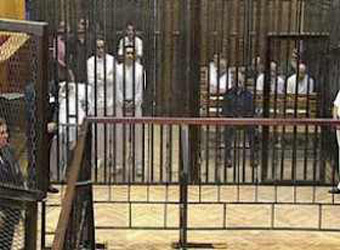 Egypt’s court of cassation issued a final verdict for 10 defendants over murder-related charges in the 2012 Port Said stadium massacre, which took the lives of over 70 football fans, upholding a June 2015 death sentence.

After protracted legal procedures and a long appeal process, a lower Egyptian court sentenced in June 2015 11 people to death, including one in absentia, in a retrial of the case after receiving the Grand Mufti’s opinion on the verdict.

The 2015 verdicts were appealed automatically by the prosecution, in accordance with Egyptian law on death sentences.

In today’s trial, the defendent convicted in absentia was ordered a retrial.

In February 2012, more than 74 Ahly Club supporters were killed after thousands of Masry fans attacked them at Port Said Stadium following the team’s 3-1 Egyptian Premier League victory over Ahly.

Seventy-three defendants, including nine police officers, were charged in the killing of the 74 Ahly fans.