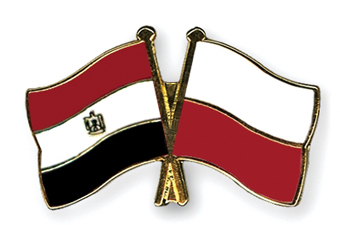 The Egyptian exports to the People’s Republic of Poland soared 28%, reporting EGP 105 million in the first quarter of 2013 in comparison with the exports at the same period of 2012.

Michał Mierzwa – First Counselor and Head of Section of Trade and Investment Promotion at the embassy of the People’s Republic of Poland in Cairo – said his country’s exports to Egypt will likely jump 4% within this year to reach up to US$ 160 million.

Mr. Mierzwa further referred that Egypt will be receiving two trade delegations by the beginning of next week. He added that the two delegates aim to encourage the Polish firms to open up fresh investments in Egypt and to foster the economic ties between the two countries.

The first delegate is to work on strengthening economic ties in fields of civil defense and pharmaceutical industries; while the other  will work on field of monuments protection and security, Mr. Mierzwa noted.

Meanwhile, official sources from Cairo Chamber of Commerce confirmed that the chamber will be signing a cooperation protocol with the embassy of the People’s Republic of Poland in Cairo alongside meeting with the Polish firms which will escort the two trade delegates.

It is worth noting that Egypt’s exports to Poland reached around US$ 65 million in 2012; while the imports hit US$ 134 million for the same year.