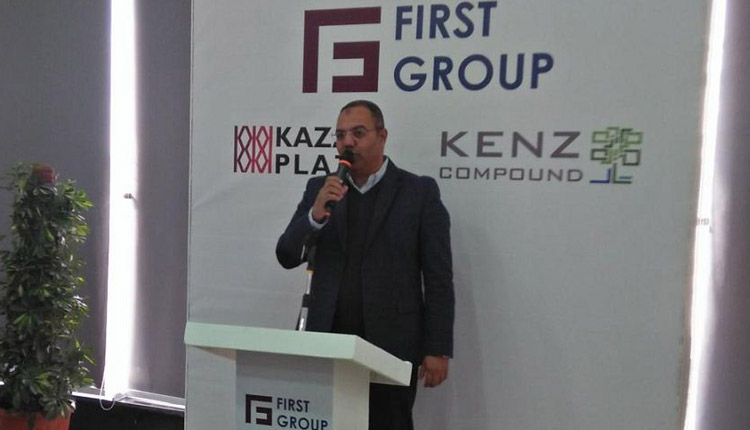 The project is in the new City of Galala, located between Ain Sokhna and Zafarana, spanning over 85 feddans with total investments of 2.2 billion Egyptian pounds.

He added that the company will start establishing the project and launch it for customers by the third quarter of 2019.

the project will be implemented using partnership system with the investors who own part of the land.

As for Kenz Compound, he elaborated that First Group has implemented about 35 percent of the flagship in Sixth of October City over 38,000 square metres.

“It (Kenz Compound) is to include 1,350 housing units and a commercial mall on a space of 38,000 square metres,” Mustafa stated, clarifying that First group has delivered two phases.

“The flagship will be completely handed over at the end of next year,” he said.