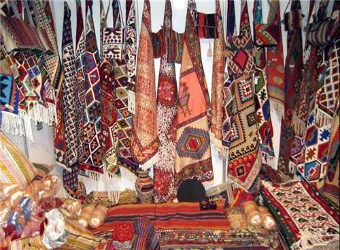 Egypt’s exports of handicrafts recorded around $452 million during the first quarter of the current year, up from $445 million a year earlier.

According to official sources from Foreign Trade Sector, Arab markets have captured the lion’s share of Egypt’s Q1 exports of handicrafts, at total volume of $177 million. Coming second, the European Union imported Egyptian handicrafts worth nearly $110 million; whereas the US, Turkish and Asian markets attained the remaining shares of Egypt’s total size of handicrafts exports during Q1.

C.Bank Offers its 1st FX Auction US$40mln of this Week