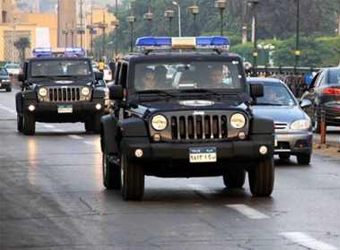 “The security alert level has been raised in case terrorists exploited current conditions in the region to carry out hostile operations that harm the lives of innocent citizens,” the source was quoted as saying.

Security measures have been strengthened in the vicinity of important and vital facilities, electricity and water stations as well as places of worship, religious establishments in general, particularly churches and monasteries, tourist places and national and investment projects, the source said, adding: “Security measures at all crossings to and from Sinai were also tightened.”

Cairo imposed a nationwide three-month state of emergency in April after the attack on Palm Sunday at the start of holy week of Easter, with the option to extend it for another three months, dependant on a parliament vote.

Egypt has been struggling with terrorist attacks in recent years against security forces, mostly concentrated in North Sinai. In the past year, there have been some attacks on Egypt’s Christians, including a recent attack in Upper Egypt’s Minya.