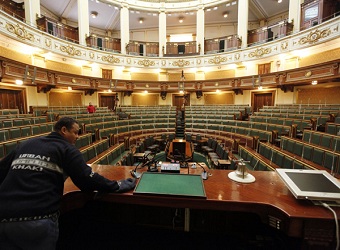 An Egyptian parliamentarian submitted on Saturday a letter to the country’s parliament speaker Ali Abdel-Aal urging him to cancel a decision to increase tourist entry visa fees from $25 to $60, Ahram Arabic website reported.

MP Mohamed El-Masoud, a member of parliament’s tourism and aviation committee, said in his letter that the decision would have negative effects on the tourism sector.

El-Masoud also questioned why the Cabinet would take such a decision when other countries in the region such as Tunisia have shot down similar proposals in favor of promoting tourism.

Egypt has struggled to attract tourists pushed away by the political turmoil that followed the 2011 uprising.

The country’s revenues from tourism dropped to $3.4 billion in 2016, 44.3 percent-drop from the previous year, the Central Bank of Egypt said in January.

The figure is a far cry from the $11 billion in revenues generated by the sector in 2010, when 14.7 million tourists visited the country.