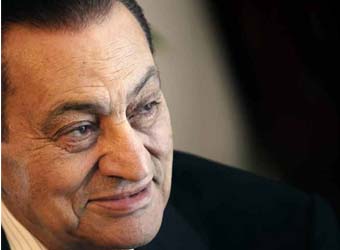 Mubarak-era chief of staff Zakaria Azmy and his brother-in-law Gamal Halawa were found not guilty on Saturday by a Cairo criminal court on charges of corruption and making illicit profits.

A pivotal figure in former president Hosni Mubarak’s inner circle, Azmy was detained in April 2011 on charges of abusing his political power to accumulate wealth.

In May 2012, a Cairo criminal court sentenced Azmy to seven years in jail and Halawa to one year in absentia on corruption charges.

Azmy was fined 36.5 million Egyptian pounds ($6.05 million) after being found guilty of making illicit profits of some 44 million.

The court imposed the same fine on Azmy’s wife, Bahia Halawa, who was found guilty on the same charges.

In February 2013, the Court of Cassation overturned the ruling and ordered a retrial in front of a different court.