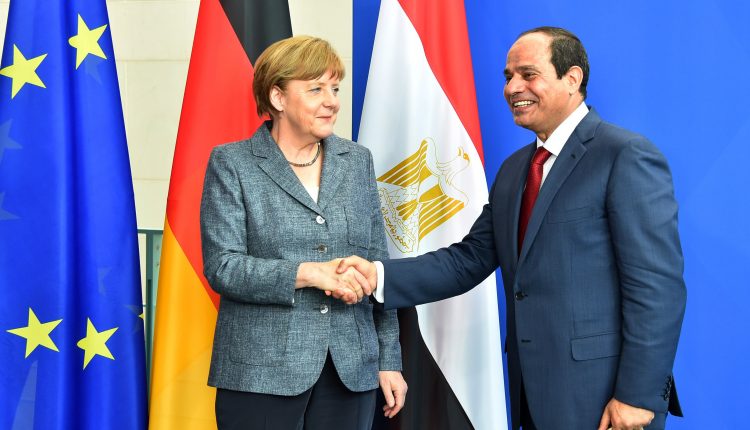 Share
Egypt’s President Abdel-Fattah El-Sisi received a phone call from German Chancellor Angela Merkel to discuss the latest developments following the US proposal for resolving the Israeli-Palestinian conflict, according to a statement issued by Egyptian presidency spokesman Bassam Rady.
The two leaders agreed on the importance of opening channels of dialogue to resume negotiations under the auspices of the US and present both sides’ visions to reach a consensus and achieve a comprehensive and just peace, restore all the legitimate rights of the Palestinian people, and support stability and security in the Middle East.
The two leaders also discussed the Libyan issue and the developments following the Berlin Summit, and agreed on supporting UN efforts to implement the results of the summit to reach a comprehensive solution to the Libyan crisis and restore stability.
El-Sisi praised the efforts by the German chancellor to settle the Libyan crisis, stressing the necessity of implementing the outcomes of the Berlin Summit.
The German chancellor praised the positive role the Egyptian president has played in working to resolve the Libyan crisis and his active participation in the Berlin meetings.
Merkel stressed Germany’s keenness to coordinate with Egypt concerning various regional and international issues of common concern.
Share FacebookTwitterGoogle+ReddItWhatsAppTumblrPrintLinkedinPinterestEmailTelegramStumbleUponLINEVKDiggViberOK.ru

Remittances from Egyptian expats leap to $2.3 bln in October