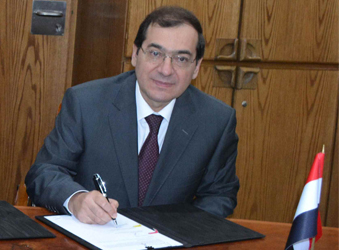 During the meeting, El-Molla asserted that developing the system of promoting and distributing petroleum products is the major axe in government’s plan that targets improving services provided to citizens.

Egyptian oil sector is fully committed to secure local market’s needs of petroleum products so as to cover needs of economic and social developmental plans, the minister added.

On other side, the national network of transporting petroleum products witnesses a large number of projects to establish new pipelines in order to link production and distribution areas with storage and consumption areas, El-Molla clarified.