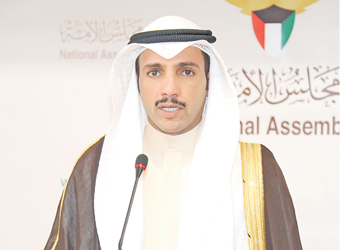 Al-Ghanem is set to discuss regional issues, as well as boosting bilateral ties between Egypt and Kuwait.

The Kuwaiti official’s talks with Egyptian counterparts will also cover developments in the ongoing crises in Syria, Libya and Yemen, as well as joint counter-terrorism efforts between Egypt and Kuwait.

Kuwait and Egypt signed earlier this month in Cairo a legal and judicial cooperation agreement on civil, commercial, criminal and personal status issues, as well as the transfer of sentenced persons.

The Arab Gulf country has aided the Egyptian economy with billions of dollars in oil shipments, cash grants and central bank deposits since the ouster of the former Islamist president Mohamed Morsi in July 2013.