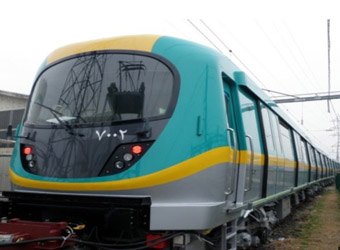 Power System Projects (PSP), a subsidiary of ElSewedy Electric (SWDY.CA) was awarded  an EGP23 million tender to replace and renew the electrical cables which operates the first phase in the second line of the Cairo Metro Project.

According to a statement released by ElSewedy on Saturday, PSP is aggressively exploring the transportation sector as a new business segment.

After its first contract with Egypt’s Ministry of Transportation, through its wholly owned company, Egyptian National Railways, to supply and install all components for the protection and operation of 50 level crossings, alongside all necessary civil works; PSP has been awarded a contract worth 23 Million EGP with the Egyptian Co. For Metro Management & Operation, Ministry of Transportation, for the dismantling, supply, install, testing & commissioning of 75 km DC cables for the first phase of Cairo Metro, second line.

After a tough bidding phase that longed for five month, PSP has signed this morning the contract with Cairo Metro Chairman in an honors ceremony.

Given PSP’s expertise and past project experience, success will surely continue to flourish for this innovative company, with the best yet to come.