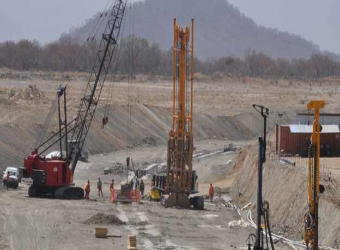 Ethiopian Prime Minister Hailemariam Desalegn has invited Egypt for another round of tripartite talks with Sudan in order to implement recommendations given by an international committee over the construction of its hydroelectric dam on the Nile, state-run news agency MENA reported.

“We seek to persuade the Egyptian authorities to avoid unnecessary complaints against the dam and to resume the tripartite talks with Ethiopia and Sudan,” Desalegn said during the Ethiopian Parliament`s meeting on Thursday.

Desalegn also stressed to parliament members that his government was ready to respond if Egypt decided to issue its dispute over the Grand Renaissance Dam to the United Nations.

He also mentioned that 31 percent of the dam’s construction was complete, and that the dam would start generating electricity by next year.

The planned Grand Renaissance Dam is a $4.2 billion hydroelectric dam on the Blue Nile, one of the main tributaries of the Nile. The project has been a source of concern for the Egyptian government since May of last year, when images of the dam’s construction stirred public anxiety about possible effects on Egypt’s share of the Nile, the country’s main source of potable water.

Egypt, Ethiopia and Sudan formed a tripartite technical committee to study the possible effects of the dam and try to generate consensus. Ethiopia maintains that Egypt’s water share will not be negatively affected by the successful completion of the project.

Despite talks between Ethiopia and Egypt breaking down in recent months, officials from both countries still insist they will continue to meet in order to solve the dispute over the dam.

Earlier this month, the foreign ministers of both Egypt and Ethiopia held talks in Brussels on the dam.