EU could acknowledge next week trade talks with Britain 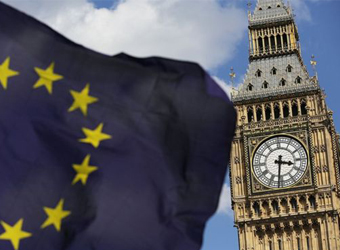 The European Union expects to offer a first signal next week that enough progress has been made in Brexit talks to warrant opening new negotiations with London in December on future trade relations according to diplomats.

The sources saw that happening even though no detailed agreements are likely to have been made by then on the post-Brexit Irish border, a key outstanding issue after what diplomats in Brussels describe as a breakthrough on the divorce bill London will pay the EU as it leaves.

Instead, a document the EU and Britain are due to sign after British Prime Minister Theresa May and Jean-Claude Juncker, the head of the bloc’s executive Commission, meet in Brussels on Monday will spell out both sides’ commitment to sorting out the Irish border conundrum, as well as some rules to follow on that.

“We are all optimistic. The signals we are getting are that we are getting there. There will be more contacts over the weekend,” a senior EU diplomat said.

“Sometimes you think you have it and then things go wrong at the last minute but right now it seems we are almost there. Everyone wants to make it happen now, both we and the Brits.”

Another EU diplomat also said the 27 remaining EU states were willing to give Britain what it had been asking for a long time — a start to negotiations on a future trade pact — after the makings emerged of a deal on the “divorce bill”.

The EU and Britain this week agreed on a financial settlement under which London would pay a set share of the bloc’s budgets after it has left.

“Everyone knows we have to honour politically what the Brits have accepted on money,” a second senior EU diplomat said. “So on Monday they will sign this document.”

“And then on Wednesday (27 EU envoys) will say it’s good enough and start working towards ‘sufficient progress’ at the December summit and short guidelines for trade talks.”

The guidelines is a term the 27 EU states use to describe their unified stance on Brexit matters, which they prepare between themselves in advance before engaging with London.

Diplomats have described intense behind-the-scenes talks in recent days, although nothing is yet set in stone.

The other potential spoiler for the Monday document is agreeing on the exact wording on the role of the EU’s top court, the European Court of Justice, whose jurisdiction Britain wants to escape while the bloc insists it is essential.

“It’s not unknown in European Union business for deadlines to slip a bit. Clearly there would be great anxiety on the part of all involved if the situation wasn’t clear by (the end of) next week,” said a fourth EU diplomat.

“But there’s a keen enthusiasm to get it all sorted.”

If things go according to the plan, 27 EU leaders will officially open trade talks with Britain at their final meeting this year in Brussels on Dec. 15.

In a series of steps leading up to that decision, Juncker’s European Commission is also due to give its own view next Wednesday on whether “sufficient progress” has been made in Brexit talks, which started last June.

After that and the Wednesday talks among EU ambassadors in Brussels, the sherpas — the EU negotiators of the 27 bloc’s leaders — will also meet to discuss the topic on Dec. 11.

The EU has made covering enough ground on the divorce a precondition to discussing future trade arrangements. Another EU diplomat on Friday stressed the vague concept of “sufficient progress” did not stipulate a comprehensive or exhaustive deal.

Ireland’s Foreign Minister Simon Coveney signalled separately on Friday there was still some time to iron out details on what will become the new EU’s external border before December’s top-level summit.

The chairman of EU leaders meetings, Donald Tusk, visited Dublin on Friday to reassure Ireland of its right to veto any deal it finds unacceptable.

The history of violence on the island of Ireland makes the future border arrangements particularly sensitive.

Both sides’ desire to avoid putting physical border infrastructure on the island is complicated by the fact that Britain will be leaving the EU’s single market and customs zone.

For its part, Britain says the border deal cannot erect new divisions within the country. May’s government also depends on the backing of Northern Ireland’s pro-Brexit Democratic Unionist Party, which has hinted at limits to concessions to Dublin.

One of the sources stressed the “basic concept of no regulatory divergence” between Northern Ireland and EU member Ireland was crucial for the bloc to have in the Monday document, while another said it would have to be quite specific on what sort of money London will pay on leaving.\