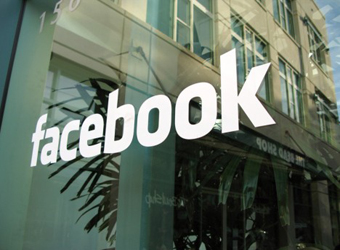 Facebook has been fined 110 million euros ($122 million) by European regulators for providing “misleading information” about its takeover of messaging service WhatsApp.

The European Commission, the European Union’s executive arm, announced the fine on Thursday.

“Today’s decision sends a clear signal to companies that they must comply with all aspects of EU merger rules, including the obligation to provide correct information. And it imposes a proportionate and deterrent fine on Facebook,” EU Commissioner Margrethe Vestager said in a statement.

“The Commission must be able to take decisions about mergers’ effects on competition in full knowledge of accurate facts.”

What is the issue?

But in 2016, Facebook released an update to its terms of service that raised the possibility of linking accounts from both platforms.

“By coordinating more with Facebook, we’ll be able to do things like track basic metrics about how often people use our services and better fight spam on WhatsApp,” the messaging firm said in a blog post at the time.

“And by connecting your phone number with Facebook’s systems, Facebook can offer better friend suggestions and show you more relevant ads if you have an account with them.”

But the Commission said that contrary to Facebook’s statements in 2014 saying it wasn’t able to link accounts, the U.S. firm was aware that such a possibility existed.

However, the fine will not impact the EU body’s previous decision to approve the acquisition.

“The Commission at the time also carried out an ‘even if’ assessment that assumed user matching as a possibility. The Commission therefore considers that, albeit relevant, the incorrect or misleading information provided by Facebook did not have an impact on the outcome of the clearance decision,” a Commission statement read.

It added that Thursday’s fine is unrelated to any ongoing national antitrust or data protection issues that may arise following the update that WhatsApp rolled out in 2016.

Facebook said that to the best of its knowledge, the information it provided was correct.

“We’ve acted in good faith since our very first interactions with the Commission and we’ve sought to provide accurate information at every turn. The errors we made in our 2014 filings were not intentional and the Commission has confirmed that they did not impact the outcome of the merger review,” a Facebook spokesperson told CNBC by email.

“Today’s announcement brings this matter to a close.”

How was the fine calculated?

Under European Union rules, a company can be fined up to 1 percent of its aggregated turnover if it intentionally or negligently provides incorrect or misleading information about a merger or acquisition.

The Commission said that Facebook’s infringements “are serious because they prevented it from having all relevant information for the assessment of the transaction.”

But the EU body did say that Facebook co-operated in the investigation into the WhatsApp takeover and as such, the Commission has taken this into account when setting the fine.

“On the basis of these factors, the Commission has concluded that an overall fine of 110 million euro is both proportionate and deterrent,” it said.

The fine is small when taken in the context of Facebook’s overall revenue which was $27.6 billion in 2016, and just over $8 billion in the first quarter of 2017 alone.

What else is the EU looking at?

It is the first time that the Commission has imposed a fine on a company for incorrect or misleading information since the 2004 Merger Regulation – under which it is fining Facebook – has come into force.

The EU has been aggressively pursuing U.S. technology companies on several fronts from mergers to tax and competition concerns. Alphabet-owned Google for example is under investigation by the Commission over alleged antitrust practices in regard to its Android mobile operating system.

And Apple was forced to pay 13 billion euros back to Ireland after the Commission deemed that the country offered the U.S. firm “illegal tax benefits”.

Iran presidential election: Everything you need to know