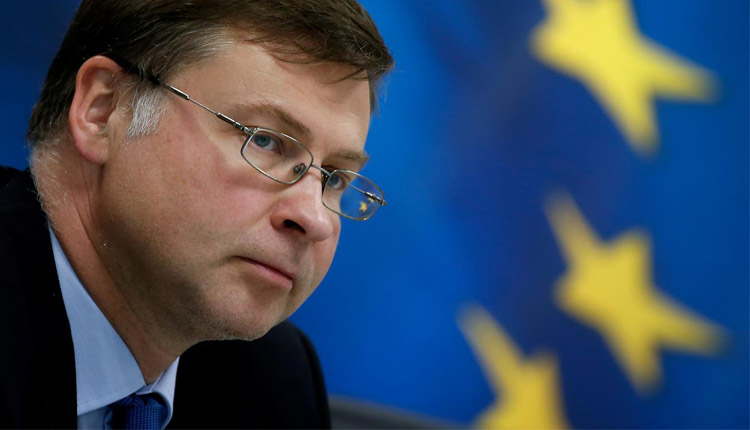 The vice president of the European Commission warned the Italian government on Monday there was little time left to change its expansionary 2019 draft budget and avoid EU disciplinary procedure.

Italy’s Prime Minister Giuseppe Conte will meet the commission’s president Jean-Claude Juncker on Wednesday in an attempt to avoid the procedure which would keep Italy under prolonged market pressure and could lead to fines, cuts of EU funds and other financial sanctions.

The commission recommendation may come next week if no compromise with Rome is agreed, meaning EU finance ministers could trigger the disciplinary procedure by February.

“We are ready to take the next steps” if talks are not successful, Dombrovskis said.

But he reminded Rome the Commission was anyhow continuing preparations for the possible disciplinary procedure if tweaks to the budget were insufficient.

The Italian anti-establishment government has targeted a headline deficit of 2.4 percent of gross domestic product for 2019 with welfare and pension spending that the EU executive estimates will not decrease its huge debt as required by EU rules.

Rome has in recent weeks shown willingness to reduce the deficit target. But it remains unclear how far it plans to go and whether the commission and other EU states will find the amendments sufficient to lower public debt amounting to around 130 percent of GDP.

U.N. envoy says Yemen’s warring parties ‘not there yet’ on main issues