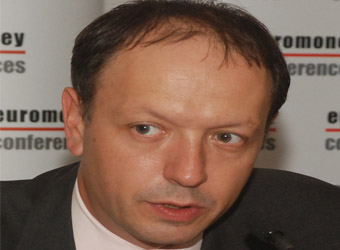 Opened by the Minister of Finance His Excellency Dr. Ahmed Galal, the annual event will bring together key international and domestic players to discuss what has actually happened, the current trend path for the Egyptian economy, and scenarios for what happens next.

Euromoney’s Regional Director, Richard Banks, said: “It is vital that the Euromoney Egypt Conference take place this year, despite the current instability in Egypt. We will again provide the platform for urgent discussions on Egypt’s financial, investment and economic future,” he said. “We remain strongly committed to the economic development of the nation – whatever the political situation.”

Banks outlined the main objectives of the 2013 Euromoney Egypt Conference, including the need for viable and inclusive dialogue on the true state of the Egyptian economy and the impact of instability on domestic and foreign investment.

High-profile speakers from both the public and private sectors will speak at the conference, such as Mustafa Hegazy, Adviser to the President, James Moran, Ambassador of the European Union to Egypt, and Ahmed Heikal, Chairman and Founder of Citadel Capital.

“Crucially, we will look past the bleak headlines and discuss the foundation government’s economic strategy, financing the deficit, and the longer-term view of Egypt’s economy with what incremental changes are possible in the current climate.”

As every year, the invitation-only Euromoney Egypt Conference 2013 features speeches by policymakers as well as lively panel discussions. Euromoney Conferences, the world’s leading organiser of conferences for capital markets and cross border investment, has a long and successful history of working with Egypt based on editorial independence and the belief in fostering partnerships to benefit the Egyptian people