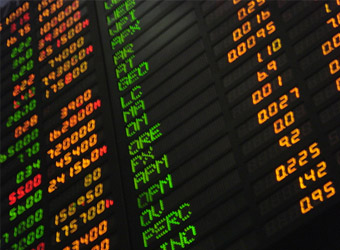 European stocks followed Wall Street and Asian bourses lower on Thursday in a muted response to the U.S. Congress’s approval of a long-anticipated tax overhaul in the country.

The pan-European STOXX 600 index was down 0.3 percent, with all major European bourses and sectors trading in negative territory.

Spain’s IBEX .IBEX was down 0.3 percent, in line with Germany’s DAX .GDAXI but slightly better than the Paris CAC 40 .FCHI, down 0.4 percent, as the Spanish government hopes a regional election will strip pro-independence parties of their control of the Catalan parliament.

Henry Croft of Accendo Markets described “a widely touted ‘buy the rumor, sell the fact’ event” and investors are now focused on whether the tax reform will boost equities in 2018.

Others believe investors will need time to crunch the data and figure out which companies will benefit the most.

“As people sharpen their pencils and figure out which companies will benefit (from the tax bill), and companies start talking about that themselves, I think we’ll see larger moves in share prices,” said John Carey, portfolio manager at Amundi Pioneer Asset Management in Boston.

Nokia (NOKIA.HE) posted the best performance of the STOXX 600, rising 3.2 percent after announcing a patent agreement with China’s Huawei (002502.SZ).

Britain’s Balfour Beatty BALF. was second with a 2.4 percent rise after it said on Thursday it had agreed to sell a 12.5 percent stake in M25 motorway operator Connect Plus for 103 million pounds ($137.6 million), helping push up 2017 profit and generating funds to pay down debt.