Facebook CEO Mark Zuckerberg is taking personal responsibility for letting third parties access Facebook user data without permission, and says the company will embark on a three-year push to prevent it from happening in the future.

“I started this place, I run it,” Zuckerberg said during a call with reporters on Wednesday. “I’m responsible for what happened here.”

No one has been fired at Facebook due to the Cambridge Analytica data leak scandal, he revealed. But he admitted the company did not do enough to focus on preventing abuse and minimized the impact of its platforms, calling the lack of action “a huge mistake, my mistake.”

He added, “I’m going to do the best job running it going forward, but I’m not going to throw anyone under the bus.”

Facebook has been under heavy scrutiny over its use of user data, especially after evidence of Russian interference through advertising during the 2016 U.S. presidential election was discovered. In March, The Guardian and the New York Times reported consulting firm Cambridge Analytica used personal data which was obtained improperly through a quiz app to find potential President Donald Trump voters.

The process to safeguard Facebook is a multi-year effort, Zuckerberg said adding the company will focus on a three-year push but is committed to on-going work. While it may incrementally get better over time, Zuckerberg doesn’t expect it will be fixed anytime soon “given how complex Facebook is and how many systems there are and how we have to rethink our relationship with people.”

Facebook has 15,000 people working on security and reviewing content, and will have 20,000 by the end of the year, Zuckerberg said.

He also emphasized that Facebook does not sell the information it gathers about users, although it may use that information to help advertisers target ads more effectively.

“I think we need to do a better job of explaining the principles of what we operate under,” he said regarding users understanding that they chose to share profile content with friends. “We’re never going to sell your information.”

It makes no sense for Facebook to broker user information to advertisers, he emphasized. Allowing third-party data services to help advertisers target users was a “relatively smaller part of what we are doing.”

“The way we run the service: People share info,” Zuckerberg said. “We use that to help people connect. We run ads to make it a free service everyone in the world can afford.”

Multiple journalists asked Zuckerberg whether he would continue to stay in a leadership position at the company. One asked the board has asked him to step down as chairman.

“Not that I’m aware of,” Zuckerberg said. 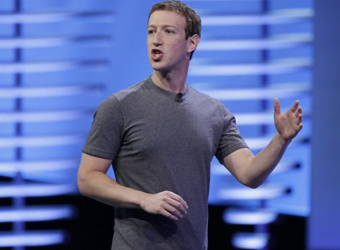 Gold prices in Egypt hike by EGP 213per gram,…