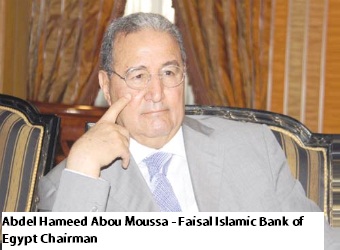 Gulf aid packages to Egypt have contributed to secure fuel, regulate its foreign exchange market, and enhance foreign reserves, according to Governor of Faisal Islamic Bank of Egypt.

However the top official stressed that Egypt must rely on its own productivity and exports in order to improve economy since foreign financial assistance will not remain forever.
Kuwait-based Alkuwaityah newspaper quoted Mousa as saying Egypt is able to absorb thousands of serious and promising investment opportunities due to its diversified economic sectors.