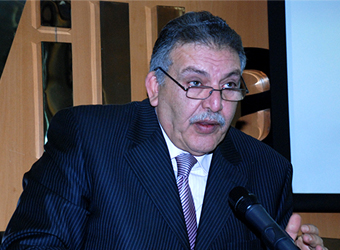 The Federation of Egyptian Chambers of Commerce (FEDCOC) revealed Sunday its plan to promote investing in Egypt during 2017.

Chairman Ahmed El-Wakeel stated that the plan comes as pursuant to the recent economic reforms implemented by the government as well as the International Monetary Fund (IMF) loan deal.

FEDCOC cooperated with regional and national federations of commerce chambers to form investment missions so as they take part in a number of events that are scheduled to take place in Egypt during the first quarter of 2017, the official clarified. He added that FEDCOC is set to participate in a number of international, Arab, European investment conferences.

On January 16, Egypt is set to receive a mission of largest 40 Belarusian firms that keen on investing in the Egyptian market during the Belarusian-Egyptian business forum.

The forum would be held in the attendance of the Belarusian Presient Alexander Lukashenko to be followed by bilateral meetings between Belarusian firms and their Egyptian counterparts, El-Wakeel pointed out.

A Turkish business mission is set to visit Egypt on January 30-31, including firms working in textiles, ready-made clothes sectors as well as engineering, chemical, food, and auto feeding industries, the Chairman said. The visit is being organised by Egypt’s FEDCOC and its Turkish counterpart.

Furthermore, the Egyptian federation is set to organise the 3rd “Egypt Investment Forum” on March 11-12 in cooperation with Arab, Islamic, European, and Euro-Mediterranean federations of commerce chambers.

The Forum is set to gather the GCC states and tech providers from the European Union, El-Wakeel pointed out.

Moreover, the chairman emphasised  on the importance of launching structural reforms and clear incentives to enhance the role of Egyptian private sector since it represents more than 75 percent of state’s GDP.