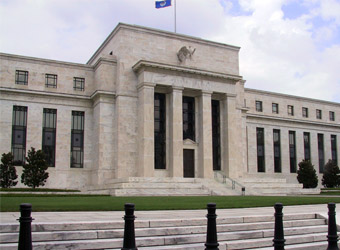 U.S. Federal Reserve Vice Chair Stanley Fischer said there was significant uncertainty about U.S. fiscal policy under the Donald Trump administration, but the Fed would be strict in meeting targets of creating full employment and getting inflation to 2 percent.

Speaking at the Warwick Economics Summit on Saturday, Fischer also said he thought Dodd-Frank financial regulation would not be repealed as a whole, and he hoped capital requirements for banks would not be significantly reduced.

“There is quite significant uncertainty about what’s actually going to happen, I don’t think anyone quite knows. It’s a process which involves both the administration and the Congress in deciding fiscal policy,” Fischer said, in response to a question.

“At the moment we’re going strictly according to what we see as our responsibility according to the law, which is maintaining full employment and getting inflation to 2 percent.”

He also said he thought Dodd-Frank banking regulation legislation would not be repealed, though there may be some adjustments.

“I don’t think Dodd-Frank as a whole is going to be repealed, but there may be some adjustments to it,” he said. “Significantly reducing capital requirements would reduce the safety of the system. I certainly hope it’s not going to happen.”

Dodd-Frank financial regulation was passed in 2010 after the financial crisis of 2008-09, and included legislation requiring banks to maintain higher levels of capital.

Fischer also mentioned adjustments to Dodd-Frank could include being less demanding of community banks.

The comments came the day after the Federal Reserve Board’s top bank regulator, Daniel Tarullo, said he would resign, giving a boost to President Donald Trump’s plans to ease reforms put in place after the 2008-09 financial crisis.

Trump last week ordered reviews of major banking rules that were put in place after the 2008 financial crisis, drawing fire from Democrats and sending banking stocks higher on expectations that looser banking regulation is coming.