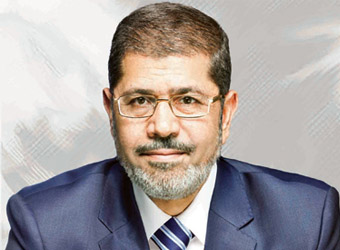 Mohamed Morsi, Egypt’s Islamist president, has scrapped tax increases hours after they were announced, in an apparent bid to woo the electorate ahead of Saturday’s controversial referendum on a new constitution.

An overnight statement on the president’s official Facebook page said he “does not accept that the Egyptian citizen carries any extra burdens without consent”.

“His Excellency has decided to halt [the tax] decisions until the level of public acceptance is made clear.”

A decree signed by Mr Morsi, who holds legislative power in the absence of parliament, was published on Sunday afternoon detailing increases to taxes on a range of services and goods including cigarettes, soft drinks, oil, beer, cement and fertilizer, mobile calls, water and electricity.

Observers were stunned by the timing of the new levies ahead of the referendum which Mr Morsi and his Islamist allies hope to win by a large majority in the face of a vocal campaign by the liberal and leftist opposition.

The Freedom and Justice party, the political arm of Mr Morsi’s Muslim Brotherhood group, called on him on Sunday evening to suspend the increases until a new parliament has been elected. It affirmed in a statement that its “permanent position” was the rejection of any economic policies which added to the burdens of lower-income groups.

The new taxes were always bound to be unpopular in a country where poverty has increased over the past two years of political turmoil.

Mr Morsi has now ordered the government to conduct “a social dialogue” on the measures before implementation.

The impending plebiscite to adopt a constitution drafted by an Islamist-majority panel from which secular groups walked out has exposed deep fissures in society, helping the normally weak opposition to mobilize large protests over the past two weeks.

The decree and its swift cancellation point to the difficulties the Islamist authorities are likely to encounter implementing an economic program agreed with the International Monetary Fund during the political transition.

Parliamentary elections, in which Islamist parties hope to secure the largest share of the vote, are the next step after the referendum.

The tax increases, which aim at reducing the 11 per cent deficit and increasing government revenues, are in line with Egypt’s commitments to secure a much-needed $4.8bn loan from the IMF.

On Sunday evening, the National Salvation Front opposition alliance said it “rejected” the referendum, and called for more protests on Tuesday.

It came after Mr Morsi revoked an edict he issued in November which allowed him to assume wide-ranging powers and placed his decisions beyond legal challenge.

Although the president said it was a temporary measure to protect elected institutions from dissolution by the courts, critics denounced it as a power grab.

The provisions of the edict had allowed the panel drafting the constitution to conclude its work, secure from the threat of being disbanded by court order.

Opposition activists and political groups are demanding that Mr Morsi postpone the referendum and hold talks to overhaul the constitution, which they say opens the door for a bigger role for religion in public life and provides weak protection for human rights.