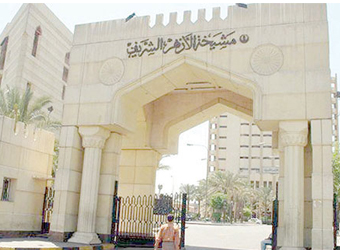 The first draft of the law to counter hatred and violence in the name of religion was completed Tuesday by an al-Azhar committee. The bill will be reviewed by al-Azhar’s Senior Scholars Authority for discussion before being submitted to Parliament.

The draft, according to the committee, is being discussed with several experts ahead of being reviewed by the Senior Scholars Authority.

A statement by al-Azhar’s media center said the law is expected to limit the forms of hatred and intolerance promoted by some extremist groups, and promote values of coexistence.

Earlier this week, al-Azhar Grand Sheikh Ahmed al-Tayyeb ordered forming a committee to draft a law to counter crimes of hatred and violence committed in the name of religion.

The law targets criminalizing the inciting of hatred and violence within efforts made by al-Azhar to encounter extremism and spread a culture of tolerance among people.