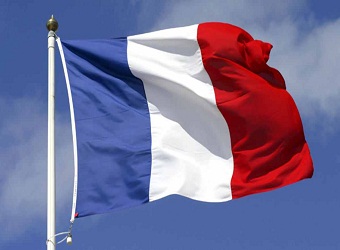 Four Moldovan citizens were killed and two others were injured on Saturday when a cargo plane chartered by the French military crashed into the sea near the airport in Ivory Coast’s main city, Abidjan, Ivorian and French officials said.

A witness had earlier told Reuters that the plane crashed shortly after takeoff.

“There were 10 people aboard including six crew members, three French soldiers and a French civilian who was working for the (aviation) company,” Silue said at a news conference. He said the plane was registered in Moldova, but did not name the company.

The control tower in Abidjan lost contact with the plane at 8:24 a.m. (0824 GMT) during a heavy thunderstorm, Silue added.

Abidjan’s airport is located in a heavily populated area but it did not appear that anyone on the ground was hurt.

The French military operates a logistics base next to the airport in support of its Barkhane operation, combatting Islamist militants in West Africa’s Sahel region.

“This was a plane chartered by the French army in the framework of the Barkhane force in order to carry out logistical missions,” French army spokesman Colonel Patrick Steiger said.

Silue said he did not yet have information about what caused the crash, though he noted that the weather was “very bad” along the approach to the airport.

An investigation had been launched and Ivorian authorities were in contact with their French and Moldovan counterparts, he said. The four injured French citizens were being treated at the French military base adjacent to the airport.

France’s ambassador to Ivory Coast, along with French gendarmes and soldiers, had quickly arrived at the crash site, where hundreds of local residents gathered to look at the wreckage.

Some of them assisted firefighters and rescue divers who had to contend with rough seas as they freed the bodies of the dead from the plane, which had broken into several large pieces.