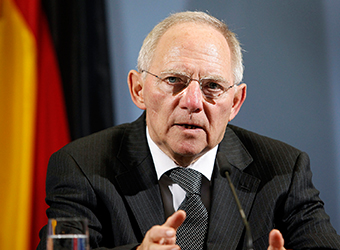 “We’re having another go at agreeing not just common principles on corporate taxation, but a common system,” he said, adding that he hoped proposals would be in place before France votes for a new parliament in early June. “Time is short.”

Germany had to remain vigilant in the face of growing international tax competition, he added. While Germany’s corporation tax was currently quite competitive, “much is happening” elsewhere that could change this.