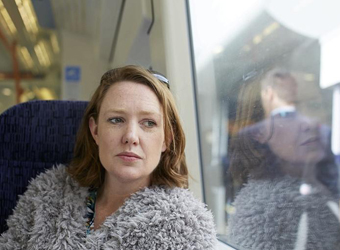 The Girl on the Train, Paula Hawkins’ best-selling novel, was borrowed from British libraries more times than any other book in the financial year 2015/2016.

The book has also sold 15 million copies around the world and been turned into a major film starring Emily Blunt.

Lee Child took second and third spots on the library list, followed by two Diaries of a Wimpy Kid by Jeff Kinney.

There were just two female authors with books in the top 10 and the others are the late Harper Lee with Go Set a Watchman, her long-awaited follow-up to Kill a Mockingbird.

Hawkins said: “As a voracious reader possessed of a fevered imagination, my childhood visits to the library were a thrill.

“I credit those weekly trips with making me the reader, and the writer, I became, so I could not be more delighted to discover that The Girl on the Train was the most borrowed book from UK libraries last year,” she added.

Hawkins grew up in Zimbabwe before moving to the UK, becoming a financial journalist for The Times and writing chick lit under the pseudonym Amy Silver.

The Girl on the Train is the first novel under her real name and was inspired by gasing into other peoples’ houses and gardens during her daily commute as well as wondering what secrets they held.

Emily Blunt starred in the film version and has earned a Bafta nomination for best actress.

The film has been less of a runaway success than the book.

Hawkins’ follow-up, Into the Water, is due out in May.

Although Hawkins had the number one book in libraries, she does not appear among the top 10 most borrowed authors.

U.S. crime writer James Patterson was number one on that list for the 10th year in a row, followed by children’s favourites Julia Donaldson, Daisy Meadows, Roderick Hunt and Francesca Simon.

The figures come from Public Lending Right, which distributes royalties to authors when their books are borrowed from libraries.