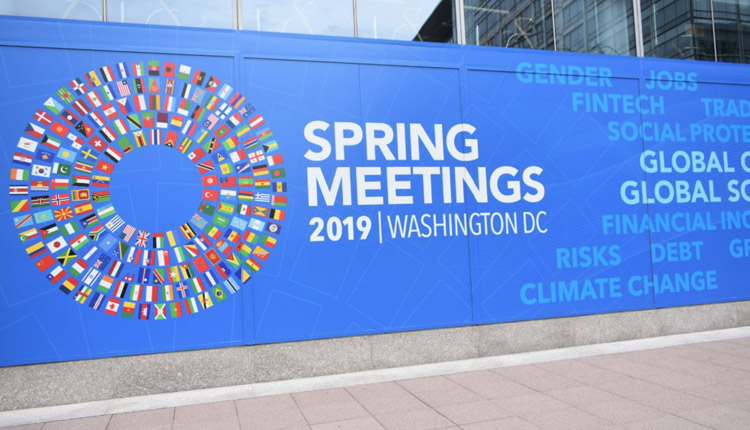 The  semi-annual global financial stability report  was announced during during a press conference at the International Monetary Fund (IMF) and World Bank Group annual spring meetings which is held in this week in Washington.

The report said overall debt and financial risk taking had increased, and the creditworthiness of some borrowers had deteriorated. “Therefore, a significant economic downturn or sharp tightening of financial conditions could lead to a notable repricing of credit risk and could strain the debt-service capacity of indebted firms.”

Levels of borrowing are continuing to rise even as profitability is falling, the fund said, highlighting the US and China, the world’s two largest economies, as particularly vulnerable.

The fund also warned  against canceling careful regulations that could help to buffer the financial system in the event of a downturn.

In addition, IMF said high corporate debt is present across nearly three quarters of the global economy, referring that the global economic expansion is slowing, and an abrupt downturn could have a far-reaching impact.

The IMF noted the removal of the threat of higher interest rates had prompted a rapid recovery in financial markets after last autumn’s turbulence but would lead to a fresh buildup in already high levels of debt.

The report expressed concern about a sharp increase in lower quality corporate bonds, the vulnerability of European banks to falling government bond prices, debt levels in China, flows of hot money in and out of developing countries, and the risk of house price crashes.

The fund said that the world should be able to deal with a moderate economic slowdown without a financial crisis, but companies’ borrowing levels made it vulnerable to anything more serious.

Countries representing 70 per cent global GDP have elevated levels of corporate debt, according to new research by the fund.

Tobias Adrian, head of the Monetary and Capital Markets Department of the IMF said “There are growing signs that this credit cycle may be maturing and risks of an economic slowdown are rising. The most highly indebted companies could be vulnerable to such a shock”