Gold falls as US dollar gains on solid jobs data 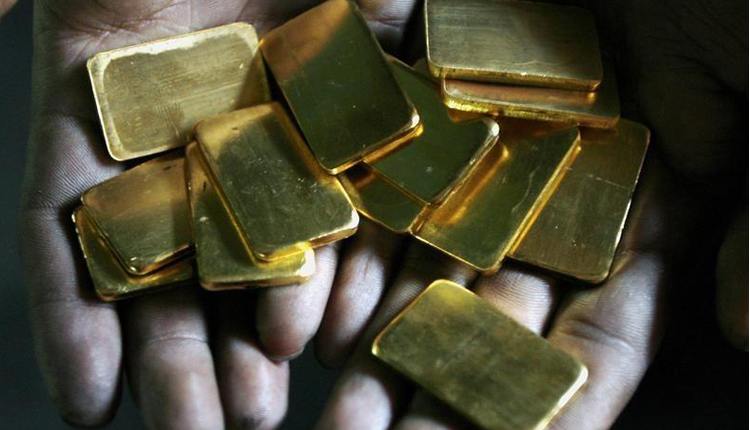 Gold slipped on Friday as the U.S. dollar regained some ground on the back of strong American jobs data, putting the metal on track for its first weekly loss in five weeks.

“Strong data helped the dollar, which put some pressure on gold. The fact that the data is strong despite storm-related disruptions, suggests the economy is humming along strongly and that the Fed will continue to hike interest rates,” said Tai Wong, head of metals trading at BMO.

The U.S. Federal Reserve has raised interest rates three times this year and is widely expected to raise rates again in December.

Gold is sensitive to higher U.S. interest rates, which increase the opportunity cost of holding non-yielding bullion, while boosting the dollar, in which it is priced.

“Given the fact that we had a very strong rally yesterday, we are going to struggle towards the $1,240-$1,245 highs off this move unless we get a sustained downward movement on the dollar,” Wong said.

Gold jumped about 1.5 percent in the previous session as the dollar retreated sharply from a 16-month high.

Share on major world markets rallied on hopes that the United States and China were starting to repair their damaged trade relations.

“The return of risk appetite could be a bearish sign for gold, given how it’s benefited from its safe-haven status as of late,” Craig Erlam, senior market analyst at OANDA in London, said in a note.

Attention is now turning to the U.S. congressional elections on November 6, which will determine whether the Republican or Democratic party controls Congress, with some predicting increased market volatility on the outcome.

Holdings in SPDR Gold Trust, the world’s largest gold-backed exchange-traded fund, rose to their highest since late August on Thursday.

Meanwhile, physical gold demand in India, the second biggest consumer, remained lackluster this week, with dealers offering discounts for the metal ahead of a traditionally busy festival week for the first time in at least three years, as high prices kept consumers away.

Among other precious metals, platinum climbed 1.14 percent to $866.24 per ounce, having touched its highest since June 25 at $870.80 earlier in the session. The metal was up over 4 percent for the week so far.

Hong Kong surges over 4%, Shanghai up over 2.5% amid trade talk hopes