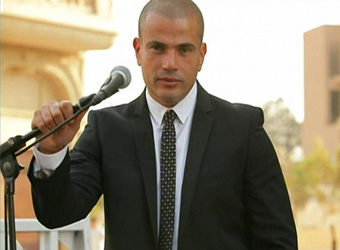 “Google” yesterday announced the organizing of group chat via video on the social position “Google Plus” for the first time ever, with the singing star Amr Diab, where the star to chat with his audience over the Internet from scenes of a concert the great Tower Park in Dubai, within Festival of World Music and Du place on March 9, 2012.

The group chat will be a video on the “Google Plus”, and in which 9 of Amr Diab’s fans will be chatting live online, and interacting directly with the star behind the scenes of the concert before his ascension to the theater.

For his part, Najib Tractor Marketing Manager, “Google” the Middle East and North Africa at this important event, saying, “We are very pleased to be hosting the artist Amr Diab; the first Arab artist who chats via video using the” Google Plus “in the Middle East. He added that this partnership is the beginning of a series of initiatives in the future, allowing group chat via video atmosphere.

Amr Diab joined the stars and celebrities and public figures that use “Google Plus” to connect with audiences around the world through live chat.