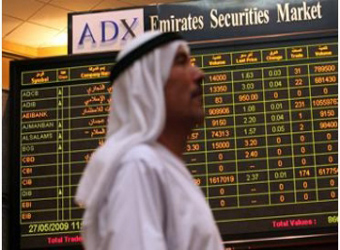 Gulf stock markets were mostly quiet in thin, early trade on Monday although Abu Dhabi-listed Dana Gas jumped ahead of a court hearing on its effort to avoid redeeming $700 million of Islamic bonds.

A court in the emirate of Sharjah was expected later on Monday to hear a case in which Dana is seeking to have its sukuk declared invalid under United Arab Emirates law.

However, the Sharjah court will not necessarily issue any ruling and the hearing could be adjourned. Legal actions related to the sukuk in both Sharjah and Britain may continue for months, even years before the case is resolved, people familiar with the case have said.

Dubai’s index edged down 0.2 percent as amusement park operator DXB Entertainments lost 1.6 percent. But Union Properties, the most heavily traded stock, climbed 2.0 percent after saying it planned to list its ServeU facilities management unit in Dubai in the second half of 2018.

Bahrain’s Al Salam Bank, the second most heavily traded stock in Dubai, jumped 5.8 percent after a 6.1 percent gain on Sunday, when a disclosure on the Bahrain exchange showed a key person involved with the bank had bought 250,000 shares.

But Khaleeji Commercial Bank, another Bahraini bank which has soared in big trading volumes since it listed in Dubai last Tuesday, plunged 9.9 percent to 1.36 dirhams. Its shares in Bahrain sank 6.7 percent to 0.112 dinar, equivalent to 1.09 dirhams.

Saudi Arabia’s index slipped 0.1 percent as Najran Cement dropped 2.4 percent after its board decided to halt its third production line, which has a daily capacity of 6,500 tonnes, and restart its second line, with a capacity of 3,000 tonnes, because of high inventories of clinker.

surged in recent weeks partly because of hopes for a pick-up in the cement industry as the government eases fiscal austerity. But Najran’s decision suggested improvement in the industry might not come quickly.

In Qatar, the index edged down 0.2 percent but Qatar First Bank, the most heavily traded stock, rose 3.2 percent, continuing a rebound from record lows that began in late November.